The uniform was made of a cheap polyester-nylon that made my skin itch. The thread was plastic. I got paid $3.23 an hour. I couldn’t work out how to open the till. I got into trouble for not wearing my hat. I got into trouble for not smiling. I couldn’t stop thinking about a deep-fried human head bobbing about in the oil. Blistered eyeballs peering up at me. I missed three shifts then sent a resignation letter.

I had trouble scooping ice cream out of the vats (weak wrists). The girls wore a uniform inspired by Scandinavian milkmaids: white cotton hat shaped like a shower cap and a red and white pinafore. The boss sat beneath the stairs, counting out his money. The boss told me to smile more. The boss’s favourite employees made waffle cones at the shop window. I dreamt about digging my scoop into a vat of frozen poo. Scraping the icy brown confection into a sugar-waffle cone. A secret shopper dobbed me in for giving her the wrong change. I was fired.

I was the conduit between the men who fried the food and the women who served it. I had trouble talking. The man who fried fish was from China. He told me he had once been a brain surgeon. The back of the shop opened onto a narrow alley with an open drain that smelt like shit and seawater. I left without saying goodbye.

I worked in the restaurant kitchen. Julienning carrots. Melting cheese in the microwave. Using a ladle to scoop pre-cooked mince from a white bucket. There were long nights with no customers. The boss said I was fast enough but lacked passion.

There was a man in the office who collected Kinder Surprise toys. And another who collected surgical gowns. I filled out forms, stamped papers and answered the telephone.

There was a man who was responsible for thousands of colour-coded files. They were kept on shelves that he pried apart by turning a giant wheel. The man demanded the correct forms. With the correct signatures. Then he turned the wheel solemnly, gracefully, like the captain of an old, slow ship.

I got a job at a hotel in North England. Making biscuits, scones and cakes. There was a ghost in the lobby who looked like a waiter.

We lived in a house next to a paddock inhabited by a white horse. My gingernuts could break teeth. I had trouble talking. I drank too much Guinness. I lost memories, and my bread rolls failed to rise.

I got a job at a café in Scotland. Huge plates of yellow chips covered in cheese. Pies stuffed with corpse-coloured meat. Black pudding soaking in pools of oil.

There was a woman who told a story about a dog that swallowed a bird. There was a photography student who asked me to pose for her. Our ancestors were enemies, but I kissed her anyway. We took a day trip through the treeless valleys. We saw a dead seal on the shore of a loch. We stayed in a lighthouse. We fucked so much that the night never came. We came so much that the day never started.

The boss at the café worked in an office above the kitchen. Occasionally she would emerge from her glass castle, descend to the shop floor and run her finger along a dusty shelf.

It was a private hospital for people with addictions, dependencies, intractable depression. I worked in the kitchen during semester breaks.

There was a patient at the hospital who wore a sign around her neck: “I talk too much so I can avoid my pain.” A group of skeletal girls wandered along the halls like a ghost procession.

I served breakfast. Scrambled eggs. I served lunch. Slabs of steak and kidney pie. Silent trays of pudding. I had trouble with dreams. I had trouble talking. The skeletal girls sat together at their own special table. Their consumption was monitored. Every mouthful recorded by a man with a form, resting on a folder.

I cleaned the kitchen. I stuffed myself with discarded food. I ate to avoid words. I disassembled cardboard boxes and threw them in an open skip with a giant, hungry metal mouth.

I worked for her after I graduated. Searching for information. Writing applications and reports. She ate a lot of carrots and had a lot of sisters. I had a lot of trouble. I had a lot of tears. She lived in the valley. She reminded me of someone. A teacher perhaps. The type of teacher who carries handkerchiefs in a patent black handbag. The type who uses talcum powder and wears clip-on earrings. The kind of teacher that takes certain children under their dusty wings. Then suffocates them.

I got a job in a government department. The boss hired me to report and record. Tick, check, tick, sign.

The man who sat beside me coughed a lot and talked about carpet. He said his childhood was dominated by freezing cold draughts and poverty. “I love carpet,” he used to say. Cough.

The boss didn’t have time to talk. Tick, check, tick. There was a meeting where issues were discussed. The boss had an urgent issue to attend to. Tick, sign, tick, tick. There was a conference where words were spoken. There was a presentation accompanied by slides which featured text. There was an image that shouldn’t have been shown. Small things were investigated. The projector didn’t work. There was a lack of resources. Pieces of paper were arranged by number.

Envelopes were handed to men who wore helmets and rode bikes. People who knew about things that were very important sat in meeting rooms with closed doors. Tick, tick, tick.

“I would carpet the walls of my house if I could,” the man sitting next to me said. Cough. Cough.

There was a man in the office who collected Kinder Surprise toys. And another who collected surgical gowns. I filled out forms, stamped papers and answered the telephone.

The man who sat beside me coughed a lot and talked about carpet. He said his childhood was dominated by freezing cold draughts and poverty. “I love carpet,” he used to say. Cough.

There was an abandoned mailroom in the basement of the hospital. An office beneath the stairs. A man who pushed a giant cage filled with dirty towels. There were sick children. There was a green lift. A blue lift. A yellow lift. The layout as complicated as a colon. As dense as a brain. As intricate as capillaries branching out under the surface of skin. There was a sparsely populated bookshop that sold booklets about puberty. About cancer and cystic fibrosis.

The foyer smelt like old frying oil. There were children in wheelchairs. Children doing finger paintings on long tables. Children crawling up walls. Children falling from the ceiling. Men dressed as clowns who blew whistles and honked horns. Children who sang.

There was a woman who worked with a blanket on her lap. There was a man who asked me how many dresses I owned. I watched old women who wore pinafores pushing trolleys laden with knitted toys. I placed numbers in boxes. I had trouble with my heart. My heart lost its rhythm. My heart lost its place.

Another government department. The office was on the twentieth floor. I entered numbers into spreadsheets. I arranged words. I went to meetings in offices with closed doors. I cried. I cried alone in my office. I cried when my fingers touched the keyboard. I cried when the phone rang, and the lift broke, and the coffee machine gurgled.

There was a woman in an office. I knocked on her door. I told her I felt sick when I woke up in the morning. I told her my stomach churned as soon as I entered the building, as if it was a washing machine filled with food. Or a stomach filled with washing detergent. She smiled strangely.

I got a job in another office, sitting next to a woman who was as huge and silent as a cloud.

There were words and troubles and time and paper. There were numbers and meetings and windows and doors. There were bathrooms and symbols and ringtones and laptops. There were presentations and security guards and receptionists and stories and rumours and one day I noticed what the huge, silent woman had written on a page in her notebook. No. No. No. No. A neat and perfect list.

I left that afternoon. Walked until my head hurt. Thought until my feet exploded.

I got a job in another office, sitting next to a woman who was as huge and silent as a cloud. 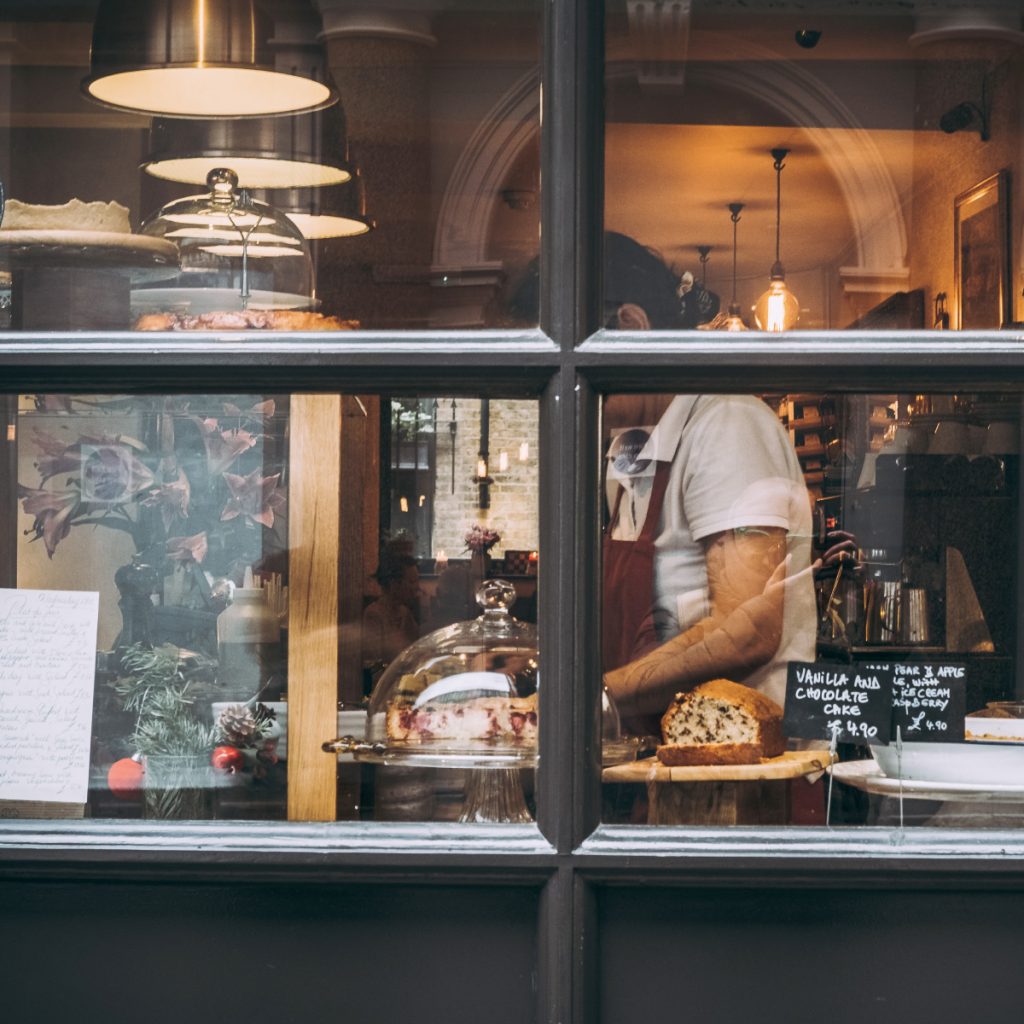