Sar Fegan (they/them) is a white dyke writer and creator working on Wurundjeri country. They use experimental forms to explore memory and madness, and are currently working on their first essay collection. They can usually be found filling out pain questionnaires with the support of their hound, Sago. You can find more of their work @bulldaggy.

The first two years of my friendship with Sophie, I am mute at her family dinners. Her father, like Sophie in a suit and bald, spins yarns of Greek mythology; her mother, like Sophie but celiac, chews cauliflower rice and sings to the dogs; her brothers, like Sophie but more classically feminine, throw punches across Le Creuset cookware. Eventually, with wine and gnocchi, I find my voice and start to contribute to the clanging symphony of their conversation. Sophie’s dad says, I know she’s not your girlfriend, but you should bring her to things. My mum asks how Sophie is on her weekly welfare-check phone calls and I say, the same, maybe a bit louder.

Sophie sheds selves like a rescue dog, leaving traces of herself in everyone’s things. Sophie stains everything like a toddler. We don’t wear white around her or let her have sugar after eight. She’d be more manageable if she was scoopable, could be held upside down and placated. Instead she calls to explain the flow charts she’s drawn at 3am that map out her new life. Away, far away. She says, I’ll miss you but I have to go. I say, I’m happy for you. It’s like this: there’s nothing else to do.

There’s an episode of every medical show about adult conjoined twins. They aren’t asking big questions about what makes a self or what codependency can look like. Instead, they make jokes about sex lives and freedom and what each twin wants to wear.

Those shows say: trade connection for independence. Cut off your leg to let the other half walk.

For a few years everyone thinks me and Sophie are a couple. For most of those years Sophie has a girlfriend who doesn’t know enough of our friends to hear this enough to care. I am single and care. We never want to date, or fuck, or kiss in any other way than how gay men do at the club: oh babes, hello!

I picture us and see the points we merge and it’s a mess of nerves and muscle bonded to one another. Thoracopagus: pathways of tissue between brain, heart and liver. Channels between us sending waves, dots, dash, line – a code of our own. It’s not unhealthy, just symbiosis.

16 —— Street, North Melbourne has been falling apart for years. It is held up by the heat of those living in it. The ceiling sags with the stress of moving bodies, screeches from the kitchen, moans from its bedrooms. Sophie moves in and the building breathes a sigh of relief; equilibrium restored. She learns a year later that the place has been a share house for thirty years. A Greens campaigner tells her Adam Bandt used to live there; she says interesting. In the kitchen, she is either a stern mother or a classical pianist. She scolds the garlic till it submits, curls and crisps in lashings of butter, and in the same breath plays a harmony so sweet the onions cry till they are translucent and soft. Her housemates and I are a captive audience, relishing every note.

Sophie cooks while we joke about what we will do when she leaves. Her housemate, Shelby, has been doing his part to keep this old place together for years now, his laugh a structural support for the lower level. Maybe we’ll make a hate club, he chuckles, and I agree yeah, No Sophie’s Club.

We laugh because we know what the stinging part of it is. I imagine instead that we turn her room into a museum. Shelby, built like a security guard, will hang a velvet rope around the front porch and let curious eyes through. I will play the part of curator, talking visitors through the origin of her clothes, art, books and tat.

Experts believe that Sophie (homosapien chauhanus) wore this during cold seasons to protect herself. Exact origin of the garment is unknown.

Then I remember Sophie’s aversion to the historical violence of museums, and I agree; it would do her a disservice to remember her this way. No, instead we will turn the room into the White Cube. Our debut exhibition: an antidote to Old Masters. Shelby, a valid white card holder and built like a painter, will spackle over cracks in the wall and blutack stains. I will write loving didactics for her works. We catalogue: paintings, sketches of our friends, photographs of past and current loves, op shop art we gush over when out of our minds, the I SURVIVED AIDS poster.

Chauhan created this work as a memento mori to her fern. It brings together her practices in language, dis/embodiment, de/stabilisation of identities and a multidisciplinary approach to the mark-making process. This work is exhibited alongside the deceased fern it was originally displayed with.

Then I remember that Sophie despises a stagnant exhibition and the institution of galleries. Instead I will buy me and Shelby ribbons and matching black spandex and we will hold public performance works in Sophie’s honour. We will open the doors of the house and host a quiet petting zoo. Our attractions will be the stray cat that sleeps on Sophie’s bed in summer, the snails that appear in winter, the mice, and the mosquitos. The house will absorb another body before it begins to fall.

You two are joined at the hip, our parents say.

It’s more than the hip, I want to answer, to show again where the connections embed themselves. I want to say, blame yourselves. Mum gave me friendship necklaces to hand out as a kid. Wasn’t it this that encouraged us to offer up half our heart to one another? To expect the other half back on a different chain? In most cases of conjoinment, the heart is the greatest concern.

A friend is going to move for love. And we will stay in touch. And things will be different but just as important. But then the world goes on pause for a while. And I? I am guilty of holding the remote close, begging not to have the channel changed. I feel safe in staring into the picture, however glitchy it may be.

I can’t therapise myself out of this pain, at least according to my therapist. He says friends leaving us is painful, that it takes a part of you. There is the truth of best friendship: that no love feels like it would touch the sides of the love you have. We are strange mirrors of one another. Without the other we are only guessing at what we think we might look like. We are playing a children’s memory game. We sit opposite, turning tiles till we feel like we’ve hit the right one. I make a chart of all the friends who could make up for Sophie’s absence. It is a macabre brainstorm and I am an eight year old again who wants to give up on their homework; I don’t want to see how much I don’t know.

I think that I could slice off my chest and we’d still bear a family resemblance. Sophie wants to perm her hair after aging has turned mine straight and grey. We both have mullets, the day she decides she is the mayor of North Melbourne. She is dressed in a cutoff and jorts, skateboard in hand, the patron saint of parent-funded op shop wardrobes. She is a fair ruler and I live just outside her kingdom but visit whenever I can.

In our last year on the same continent, before we know for sure it will be our last, I start to grow weak. I fall asleep in every spot in her house, mumble responses to her as she cooks, my arse parked in the chair behind her. I doze off as she #1s my scalp and manhandles my skull. We treat it as another of my quirks that don’t quite make sense to her. These include: telling facts that seem fake, a constant need to pee, a fear of death, a lack of balance. (Sophie always says that when I fall, the weight of the world comes with me – I have a low, arse-based centre of gravity, and a distrust of my own feet.) This time, the world comes and it doesn’t stop as I fall harder into fatigue. It will pass, she says, you could tell me this started two weeks ago or two months ago and I wouldn’t know, it doesn’t matter to me. I could tell her to the second when this started, but instead I hold her hand with drunk-numb fingers and squeeze till I can feel again.

As complicated as my life becomes, our friendship is simple. It is a thin gold thread, bundling together the bad times into packages I can put away and forget about. Simple like: you make me happy, you make me laugh, you make me smile. The two of us walking down a street, keys jangling, grinning like we could do anything. The two of us shaking our bodies furiously to music, covered in sweat and red bull and spilt amyl, like we’ve made it. This is it, and it’s good, and it makes us laugh, and it makes us smile.

Sophie and I know each other best in airport terminals, domestic especially. I am leaving Adelaide earlier than planned because I’ve gone mad again and Sophie calls me as I am eating hash browns. She is crying. I can tell because she says hello and not something dumb. Her mum is sick, but everything is okay, it’s going to be okay. I think about changing my flight again. The last time we were in this airport we were sixteen, and Sophie had so much extra baggage I cried laughing as she tried to turn the charm on a Jetstar employee while the scales climbed higher. Now we are taller and Sophie is leaner and I am chubbier and we have bare faces.

Mum once told me that when motorbike riders fall off at high speed and they are wearing denim, the fibres bond with the skin and become part of them. I remember the lines of us opening up on our first meeting and tangling into one another to become woven edges that bond, now, blood vessels connecting, a heart with four chambers.

The next time we are in an airport, I will be staying behind. We will hug for so long I will feel our bodies rejoice at coming home to one another, our skin growing soft and sticky. And then, in a moment, we will be pulled apart and there will be a monumental clean-up effort on aisle 5. And I will watch her walk away and Shelby will try not to cry and Sophie’s family will ask why we made such a mess. And I will limp home, knowing she can walk, knowing I will wake up with nothing but a bruise. And we will call and her voice will fill up the room. Like a forgotten song from childhood, the words will come back in the seconds before they are spoken, as if they never left. And she will remember the words too as I tell her about my day. And we will patch ourselves up enough that we will recognise each other when we next meet.

Sophie and I talk about getting matching tattoos before she leaves. Her parents will kill her, she says, it will have to be somewhere hidden. I don’t mind. They’re birthmarks, really, put back where they belonged in the first place. 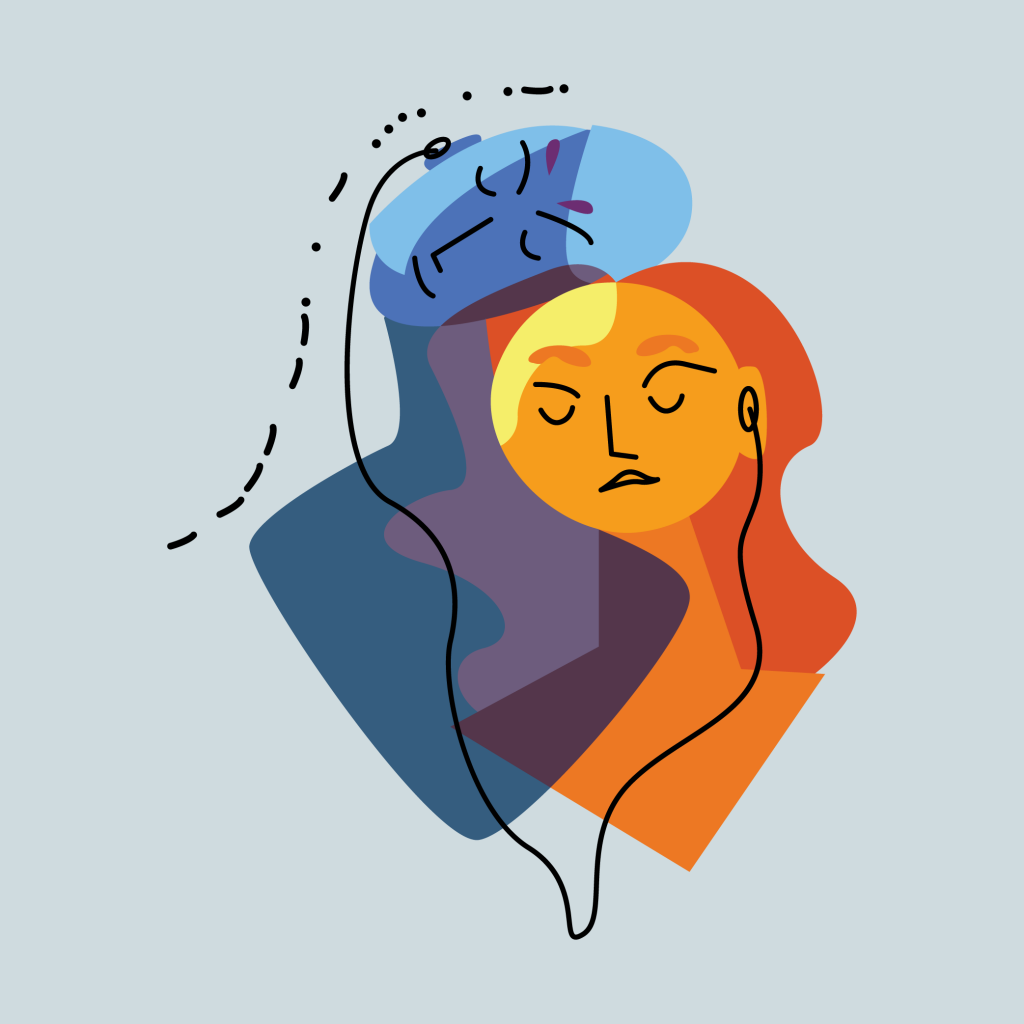