Patrick Hunn is a writer who is originally from Aotearoa and now lives in Melbourne. He is known for his winning smile and his ability to leap 15 metres into the air from a standing start. In 2019 he co-wrote and directed the Killjoy podcast series for Radio New Zealand. He tweets at @pkhunn.

Charles composes messages like someone much older than the 25-year-old he claims to be – clumsily, like he’s rolling his entire body across the screen. Understanding what he means is like unfolding a piece of crushed origami. It’s very hard to discern his mood, or really anything about how he might carry himself in real life. I find this charming and impressive, because by offering yourself up on the internet you generally make it impossible to maintain an air of mystery.

There are two pictures on his Tinder profile. One is a pixelated photograph of a serious-looking white man leaning against a brick wall and the other is a photograph of a crushed tin can lying in a gutter. He has identified himself as an artist. When I show my friend Stephanie his profile, she looks me straight in the eye and says: “He’s going to kill you.”

Charles does not seem to find my jokes funny, which means I just make more jokes at an ever-increasing pace, screaming down the comedy highway with a frozen foot gluing the accelerator to the floor. He has never complimented my appearance, so I am becoming overly sensitive and obsessive about the way I look. If he finds me interesting, he has never communicated this to me. He has never really communicated anything of substance to me, and as a result I have had trouble sleeping, the stress of steering our conversations waking me in the early hours of the morning with a hot flush around my neck and temple.

I tell him about my day. I ask him about his day, and when he doesn’t really tell me I tell him about my day again. For three weeks I’ve sent him selfies, pictures of my dog, funny tweets, unusual and surprising gifs, Bon Appétit cooking tutorials, and what I think is a very special picture of my ass glowing in the mid-morning sun. I have received one blurry picture of a concrete floor in return. I feel like a little goblin crawling around on the side of a country road, laying out my wares in the mud – fistfuls of chocolate bar wrappers and balls of cat hair and crispy hemispheres of crackling old receipts. This is my garbage, it is all I have, I’ll give you a good deal, it simply has to go!!

There’s no reason to think that he wants any of it. And yet, there are flashes of what I’m choosing to think of as tendernesses. I’m woken one night by the rattle of my phone vibrating against the water glass I keep on my nightstand. A message. It reads:

On Thursday morning, three weeks after I first message him, I receive a message and a location pin.

The location points to a bar that I haven’t heard of before. It has one five-star Google review from someone who has mistaken it for the nail salon next door.

I call in sick on Friday because I know I won’t be able to focus on anything at work and also so I can plan out what I’m going to wear. I go shopping and buy a $400 pair of sexy, slender, politically engaged black jeans. They sit too tightly around my waist and tug painfully at the hair on my calves. I don’t eat anything all day in the hope that I will wake up two sizes smaller, and then just before I go to bed, I break down in hunger and eat an entire 500-gram tub of salty black olives. I can’t get to sleep, and at two in the morning I get up and slurp the olive brine from the container in bed, rivulets of brine running down my cheeks and onto my pillow.

On Saturday, I take an Uber to the bar without really registering where it is. The windows are covered in butcher’s paper and the place looks condemned, but I do not stop to think about this because my mouth is raw and tender, the tissue of my soft palate fracked by olive brine. I think about what my children with Charles would look like, if I had a uterus and also if I knew what he looked like.

I open the door and step inside, and make a sort of wet, panting moan as I realise a number of things at once. Charles will not be my husband. He is not an artist. He does not play football or get a drink with the boys at the pub sometimes, as I have imagined him to. I will never get to lounge around in his enormous faded T-shirts and feel like a frail, valuable nymph. We are never going to have a hungover argument in the supermarket on a Sunday morning, or do any of the thousand things I’ve pictured us doing together.

There is a brutal, sour smell. There are no people. There is hissing. And there are thousands of snakes, writhing in a mottled mass on the floor, heaped in piles on chairs and tables. What I eyeball as several hundred form a thick, squirming hedge on the bar. There are still more riding the lampshade of the sole ceiling light in the room, which twitches and bobs wildly, casting jagged shadows on the floor and walls. For a second, riding the crest of a thrashing green, brown, yellow, black wave, is a bouncing tablet of light – a phone.

u look beautiful thanks for coming

I blubber, and a thick chain of saliva falls out of my mouth and slaloms down my chin. I have not been flirting with a man called Charles. I have been catfished by thousands of snakes that have, somehow, been collectively manipulating a smartphone and pretending to be a man called Charles.

“Fucking thanks,” I gurgle, feeling like my throat has been slashed and blood is obstructing my trachea. I ram the heels of my palms into my eyes, trying to press the tears back in. I dimly think that I should be frightened or shocked or something, but I’m just really, really disappointed and sad. The snakes coalesce into a muscular, writhing tower, like they’ve registered my distress and are trying to sculpt themselves into a more human shape. The smartphone is being passed, tail to tail, around where the torso might be. My phone buzzes again.

please ! apologuis we love
you

“It’s too late, don’t,” I snap, turning back to the door. This has been three weeks of my life. I’d thought that the way Charles typed messages was cool and disaffected and cute and maybe suggested he was depressed, but depressed in a charming way that I could fix with my love and tasteful opinions. I should have known that his clumsy assembly of sentences was simply because it’s hard to type when you can’t hold a phone and are also not a man but instead a man-shaped community of snakes.

A bottle green snake rests its mustard-yellow snout gently on my hand. A dark brown snake no thicker than a plastic straw threads itself between my knuckles.

There is a moment of frantic activity, and then a moment of stillness. I sense that the snakes are deep in conference. The phone vibrates.

I laugh, despite myself, and then I blush through the tears. My cheeks are pink and raw. A fat, leathery body presses a stinking, blackened rag into my hand. I swab some of the tears away, but leave some behind, idly hoping it will catch the dim light and sparkle just a little. I love crying because it makes me feel important.

When I show my friend Stephanie his profile, she looks me straight in the eye and says: “He’s going to kill you.”

A bottle green snake rests its mustard-yellow snout gently on my hand. A dark brown snake no thicker than a plastic straw threads itself between my knuckles.

“Thanks, guys,” I say. I sigh and sink into a chair next to the door, nudging aside a slender, straw-coloured snake. A chocolate-brown python lies itself tentatively across my thighs. I run my hand across the scales, admiring its firm, spongy musculature.

“I’m just a bit upset,” I say. “I’ve been single for so long. There was no reason to think this would be a good date or that it would go anywhere.” The snakes writhe at my feet, pulsing like the agitated lining of a stomach processing something toxic.

“And I knew that! I knew that it was stupid to get my hopes up and that this wouldn’t amount to anything, because I’m not stupid. If I expected it to be any different, I’d be an idiot. But at the same time, you do have to kind of assume that it will be different and that it’s going to be the sum of everything you’ve ever wanted to happen. And that you would be the man of my dreams, whatever that means, because usually the men in my dreams are trying to strangle me or take out credit cards in my name.”

I run out of breath. I’m hot around the temple and I’m embarrassed by my outburst. A cobra flops its enormous trapezoidal head onto my lap. It has, in a funny way, quite a pinched, masculine face. The flat weight of it is comforting.

“Why did you do it?” I ask. “Just tell me why you did it, because then it can be a learning moment for me. I can learn something.”

A cobra rises up and bobs reassuringly at eye level, its neck flat and wide. They text me their answer.

You are kind, and lovely, and full
of valuable Fluids

I can’t pretend I’m not flattered by this feedback.

There is a little nip at my ankle. I look down, irritated. There is a small hole in the fabric of my pants. There is a single black snake at my feet. The skin around the bite marks tingles.

I hadn’t noticed, but my phone is almost flat. There’s a chain of messages.

The panic evaporates. I feel enormously calm and confident. It’s probably the venom, but I find that I don’t really mind. Charles has made a decision for me. And isn’t that all I want? I think that’s what a lot of us want, really – for someone else to make the decisions. To sit in a dark, safe room. To be fed and watered and left alone, with someone else’s affection as currency.

A reticulated python unhinges its enormous jaw and begins to engulf my feet, but in a soft, cuddly kind of way, like I’m sliding into a wet, hot sleeping bag. The roof of its mouth is the most darling shade of pink. 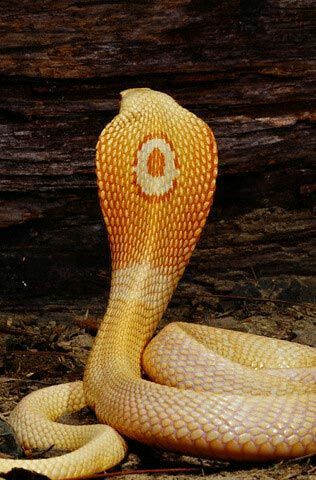