Katerina Gibson’s short stories have appeared or are upcoming in the Meanjin Blog, Overland, the Lifted Brow, Island Online, Granta, and the Kill Your Darlings 2020 New Australian Fiction anthology. Most recently their short story ‘Fertile Soil’ was the pacific region winner of the 2021 Commonwealth Short Story Prize. Katerina is a 2021 Felix Meyer Scholar, and is currently finishing their first collection.

So, I completely loved this collection! What’s your favourite story?

Oh I’m tempted to be coy about this answer; I don’t want to play favourites y’know. Or, no more accurately I think my answer changes frequently…and I would say that my favourite story isn’t necessarily the one I think is the best… What’s your favourite?

‘As the Nation Still Mourns’ really stuck with me. I was obsessed with all the character’s relationship to that damn fish – which I have to ask, there are so many animals in this collection – can you talk about how the un-human features in your work?

Great answer. You’d think given that fact I’d have something to say for myself but I don’t think I do… I’ve never… and I know this sounds facetious considering I wrote an entire story about an invisible fish… but I’ve just never set out to write about animals… even ‘Orchestra of Animals’ the title came after it’d finished it, when I was like hmm, there’s a pattern here. I’m not even sure I think of animals as un-human, but of course I do. Maybe it’s more that I try (which is not to say do but try) to think of my place in world, which is of being part of one species that lives on a planet with many overlapping and interconnected ecosystems. So when you’re (trying) to think of the world you live in this way – which is exactly that being: one admittedly dominate and corrosive animal on a living planet… you might not end up being as human centric all the time. But also I love animals, who doesn’t love animals? I especially love learning about bizarre birds and insects or creepy sea dwelling freaks. Sea slugs are great.

Sea slugs are great! Hmm… why this form? What is it about the short story collection that appeals to you as a reader and writer?

I think for a lot of writers the short story is how you get taught – certainly in the institution, and self-taught I think, too. It’s a great way to learn and hone your craft without committing to an 80,000 word novel, and when you start to get into writing and you start reading literary magazines it’s all short stories. It’s what people are looking for and it’s an entry point. That being said, I think quite a few emerging writers find out quickly the short story isn’t for them and so they go and write a novel, which is of course reasonable and normal thing to do, and why most of us like writing in the first place – because we love novels. And then there are the other writers (like myself) who find something completely new and invigorating about the form and it just swallows you whole. There are so many things you can do with a short story that you can’t do at novel-length, without risking a loss of momentum or a dilution of ideas. A short story is really trying to say or do one thing in particular. No matter how you approach that one thing if you’re successful, the structure will be really tight – entirely centred on the fulfilment of that one focus. And what you can do with a short story collection, if you do it right, I think, is you can really explore what fascinates you from all these different angles. You can approach writing it that way too, try to fill in a collection by zooming out and seeing what you’ve been trying to say on a larger level. Asking: where to from here?

This is a question about experimentation! How has your style evolved?

A lot. I had a very anti-minimalist-realism chip on my shoulder for a while (thankfully removed) and exclusively wrote verbose, stream-of-conscious soliloquies because it was fun! (Which to be fair I still do). I think a lot of the short stories I was reading were anti-fun and that seems to miss the point entirely for me, so I do think that impulse was an adverse reaction to a certain type of short story you’re taught how to write in an undergraduate creative writing degree. Now I admire and am influenced by writing that is both very minimalist and realist. As for form, I’ve always loved to play with it, although I have my limits; form has to be justified by the substance. It has to be relevant or integral not merely a gimmick. That being said, I think it’s absurd that, given all the possible ways to write something – what a page can look like, and how information can be written and still coalesce into a story – you’d only ever end up writing a short story that looks like a short story. That seems insane to me. But, I think as my writing matures I’m drawn more to experimenting with themes and style than form – my writing has calmed down a bit, maybe.

How does the absurd / the surreal influence your work? How do you think this collection would be different if it didn’t have those elements?

I don’t think my writing would be my writing without some level of the absurd or surreal – so it’s less that these things influence my writing, and more that it’s the way I interpret the world, or try to make sense of things; a lot of the time everything (to me) can be a bit absurd or surreal so that influences my writing, not the other way around… I’ve been thinking a lot about how to properly integrate the ridiculous and the uncanny. That’s what fascinates me the moment… But as for how this collection would be different, I can’t say really, it would be an entirely different collection, perhaps one where the title could be taken more literally…

What’s your least favourite kind of review? Will you be reading Goodreads?

A bad review is like any bad writing: it lacks nuance and/or has bad-faith motives it’s not honest or maybe even aware of, and (unique to the review, I suppose) doesn’t properly engage with what the text is attempting to do. As for goodreads: I have to admit to an awful hobby that involves reading one-star reviews of my favourite books. It’s hilarious. And yes I did initially read some of my (bad) goodreads reviews and they are very funny, but going forward I’ll be trying not to. Older and wiser writers I respect tend to advise against reading reviews in general and I can already see that’s the best (read: smart, mature) way to go about it, but that doesn’t mean I’m smart or mature, so keep me in your prayers.

If Women I Know had a Spotify playlist, what would it be listening to?

That’s a very strong line-up! Who would play this book in a movie?

Oh that’s a great question but I’m not sure I can come up with a suitably deranged actor, or I’d feel like I’d be insulting someone like ‘yea so and so seems absolutely feral she’d do a great job’.

Ha actually I think maybe the type of women who are (over) represented in this collection… which might seem strange, but by that I mean… there might be a certain type of middle class, probably white, maybe older millennial or gen x woman who thinks this collection is marketed to them who are maybe in for a rude shock. Essentially anyone who gets a little defensive about how I write about certain aspects of being a woman, and might be more inclined to reject what this collection is trying to do which is not, despite the name, actually to depict all the women I know. And as for who I want to read it: I hope it’s read and enjoyed widely by anyone interested in literature.

Thinking about women I don’t know, you wrote this about Rachel Cusk: “She is deeply private and refuses to defend or justify or explain herself to others. She only wants to understand people, and interpret the world.” Do you think this idea features in this collection?

Oh I did write that didn’t I. Look I’d love to say it does, and I think in one or two stories that is applicable to how the character is, and I hope as a whole I can just put this collection out there and not go on to try and justify what I’m doing – I mean that’s what you want to do as an artist. But the truth is I have sign posted pretty heavily what I’m trying to do with the collection. I mean I’ve put in some Intermissions that are really – especially the first one – like Hey Look, Hello, Please Understand Me, like I Hope You Don’t Misinterpret What I’m Doing Here That Would Be Bad. So I can’t in good faith say yes. In fact, I think probably the opposite holds true – like the book is inhabited with women who neurotically need to be understood and control how they are interpreted. So, by my own standards I might not be the artist I want to be.

Love this answer! What made you want your work to live at GDS?

GDS published a story of mine called ‘Preparation’ that involved some interactive aspects, like it was in the form of an Instagram freed, or trying to simulate one and the protagonist who’s an influencer was trying to sell all these products but when you clicked on the products it lead to an article on climate change or something and GDS was entirely down for doing that… a version of it ended up in the collection, without the links of course. So I’m into that – I like that you publish stuff from people who are trying to do their own thing, and that you champion work like that.

What’s one question you wish people would ask you about Women I Know?

I guess considering the subject matter of the collection, it might be tempting to ask questions about my role/ understanding /thoughts on women I know, or being a woman, but this book is (or is trying to be) a work of literature, and by that I mean it is deeply beholden to other writers, so I guess that’s want to be asked, which is to say I think I want people to take my work (which is not to say me) seriously. Like: who influences my work and in what way? And then (to completely contradict myself) I think I want to be asked what I mean by ‘Women I Know’ and what is I’m trying to do with the collection. Or, no, actually I don’t want to be asked that, but that’s what I want readers to ask themselves while reading the collection.

A Tight Schedule and Preparation are excerpts from Katerina Gibson’s debut short story collection that you can read online at Going Down Swinging.

Women I Know is out now with Simon & Schuster and available at your local booksellers. 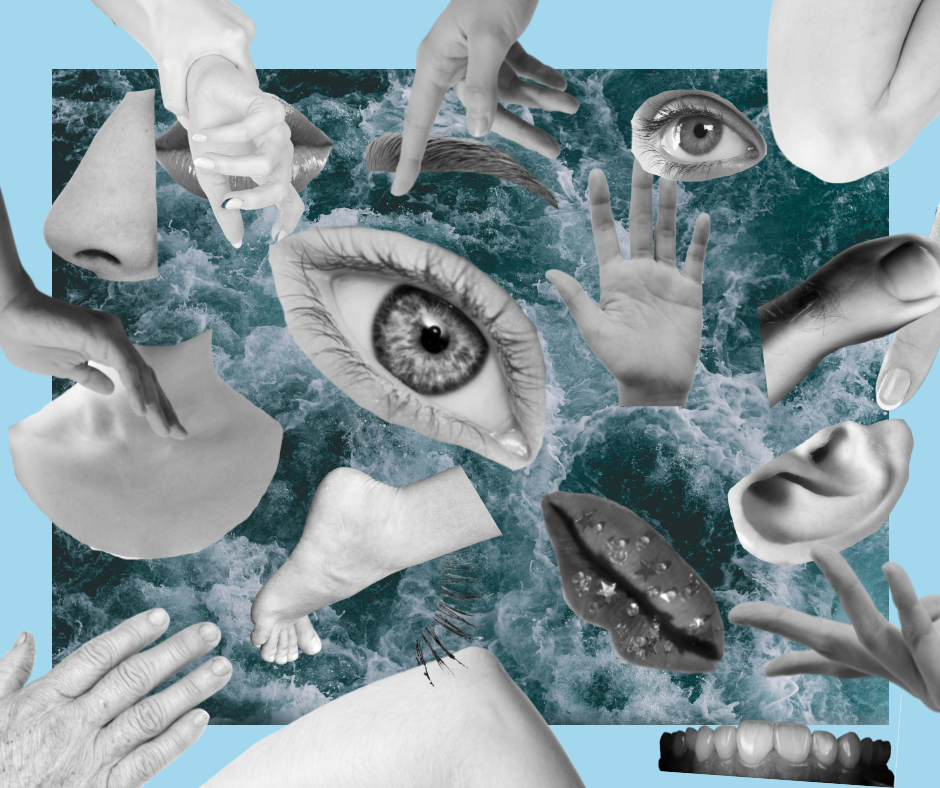