Clare Millar is a writer, editor and bookseller on unceded Wurundjeri land. Her essays, reviews and poetry have been published in The Guardian, The Age, Meanjin and Kill Your Darlings, among others. She was a 2020 Poet Laureate for Melbourne City of Literature. She tweets @claresmillar.

Whenever I write fiction, which is not very often these days, there always turns out to be some sort of fake baby, or something otherwise unreal or uncanny about a relationship. In one story, a glassblower is making marbles that symbolise his life’s regrets, until he comes to making the baby he never had; the glass baby eventually shatters on the floor. In another, a woman wishes to understand what being widowed will feel like and takes her pretence so far that her husband divorces her. In yet another, a husband and wife cannot agree on whether they had a child at all.

It’s rare that I set out to write under the influence of one work in particular. But the play Who’s Afraid of Virginia Woolf has haunted me and my words ever since I first read it. I studied the play in VCE Literature, now some years ago. The play follows Martha and George (named after the Washingtons), a middle-aged academic couple, and Nick and Honey, a younger, new-to-academia couple. Written and first performed in 1962, I feel there is little this play isn’t about. Centred largely around questions of reality, confrontation, performativity, the American dream and the fear of communism, Martha and George toy with their guests, leaving them to guess whether their son is real and what may have happened to him. All this is done through such considered language play that, to me, says language is all we have in love—in a way, we are all already telling a story to ourselves, to the others around us. I find this both inherently romantic and beautiful, and extremely vulnerable and scary. Which of my words might construct some semblance of reality in someone else?

While we never see Rory reading the play in Gilmore Girls, it is explicitly referenced twice throughout the show. First, in season 1 episode 17, after her break-up with Dean, Rory makes a list of all the things she and Lorelai say they’re going to do on weekends. If they finish that list, she suggests seeing the Stars Hollow Elementary School production of Who’s Afraid of Virginia Woolf? It is undoubtably an unsuitable play for children to see, let alone perform, and its adult intricacies would likely be incredibly boring to kids. Later, in season 2 episode 6, Richard and Emily are arguing intensely when Rory and Lorelai arrive for dinner. Lorelai refers to them as “George and Martha”, and it is as if she and Rory have stepped inside the roles of Nick and Honey for the moment, observing what seems to be the ruins of a long marriage.

This is a play that is intended as a tense, claustrophobic experience. The three acts take place all in one drunken night—from coming home from a party through to sunrise the next morning—and all in the living room. I have seen one performance of this play—a community theatre production with only three rows of seats. I started at the back, then moved closer for each act, until I could feel the burn of the actors’ cigarettes, and see the spit jumping at of their mouths as they bickered and fought. “I swear if you existed, I’d divorce you,” Martha says to George at one point, not even her harshest line.

George and Martha are performing for their guests, but they are staging a history of their relationship for each other, too. I long to write something that drips as much absurdism as Albee’s many layers of words and love and misery. 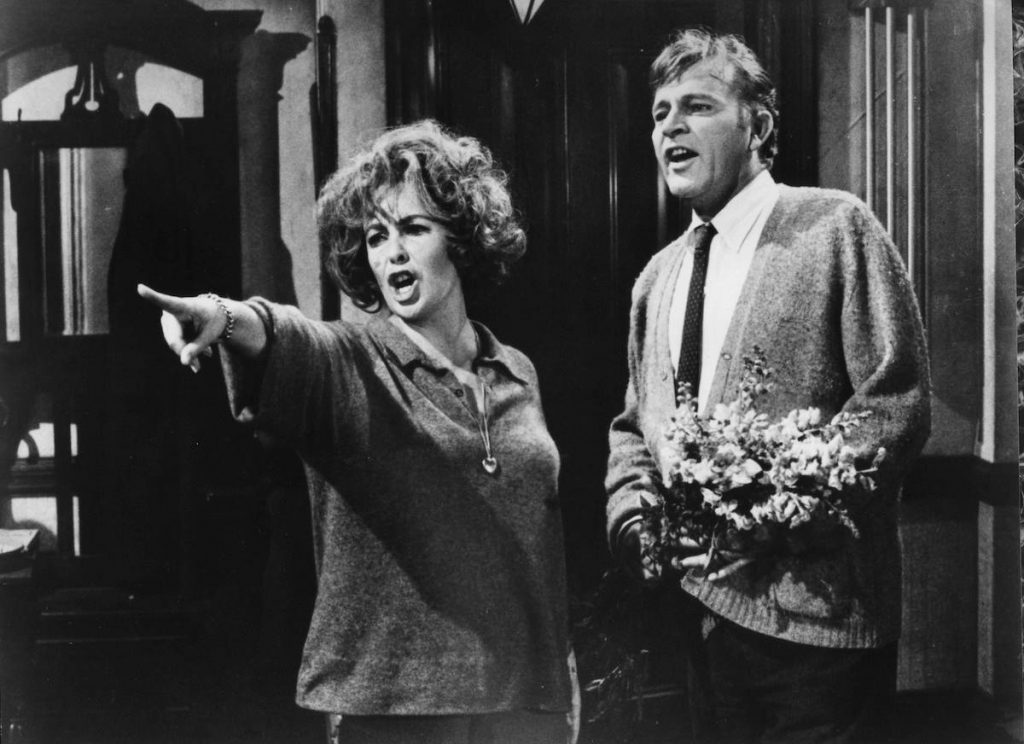