David watches her in the rear-view mirror. “They’ve already engraved your name on the medal,” he says. He was a dog in a former life and now always drives with the windows down or the A/C blasting on full. Grace fiddles with her seatbelt.

David used to fancy himself a great swimmer, at least in his gold-washed glory days. Not that he ever swam for Australia, of course. Nothing like that. If you asked him on a bad day, he’d tell you he lacked the discipline. If he was feeling more generous, he sacrificed his dreams for his career. But every time he sees Grace in the pool, he understands: he had been nothing compared to her. “Look at these shoulders,” he likes to crow, slapping Grace on the back like he would a boy. “We’re gonna tear up that water, just you watch!”

Grace’s swimming career is a series of collectives. “We” signed up for this. “We” smashed that record. David isn’t the one swimming laps in a frigid pool before school, and Grace hasn’t ever caught him in lunchtime detention for falling asleep (again) in Maths. No one else she knows is slathering on thick white lotion because chlorine makes their skin flake off, or break out in cracked red patches like sunburned earth. And no other girl is mutating like her. They’re all getting taller, or developing in places other than their shoulders. Grace is almost as broad as David. She won’t be able to fit through doors if she keeps expanding at this rate. Late at night, she locks the bathroom door and stands facing away from the mirror, naked, craning her neck around to examine the pitiless expanse of her back. Like someone’s abstract rendition of what a human girl might look like. Like a funhouse mirror where everyone is 90% shoulders.

The crowd is waiting for her now. The swim centre is muggy and bright. She steps onto the block. Grace has been swimming since she was four. She doesn’t remember her first time in the water, or learning how to swim freestyle, or learning how to dive. She only remembers Knowing. She remembers knowing how to dive from her knees, and then from a stand. The water swells below. The buzzer sounds and seven sets of hands pierce the surface. Grace’s knees are locked. She’s frozen on the block, alone.

“What happened?” David asks on the drive home. Grace is shivering although she’s completely dry. “We’ll get ‘em next time,” David says.

No one else she knows is slathering on thick white lotion because chlorine makes their skin flake off, or break out in cracked red patches like sunburned earth. 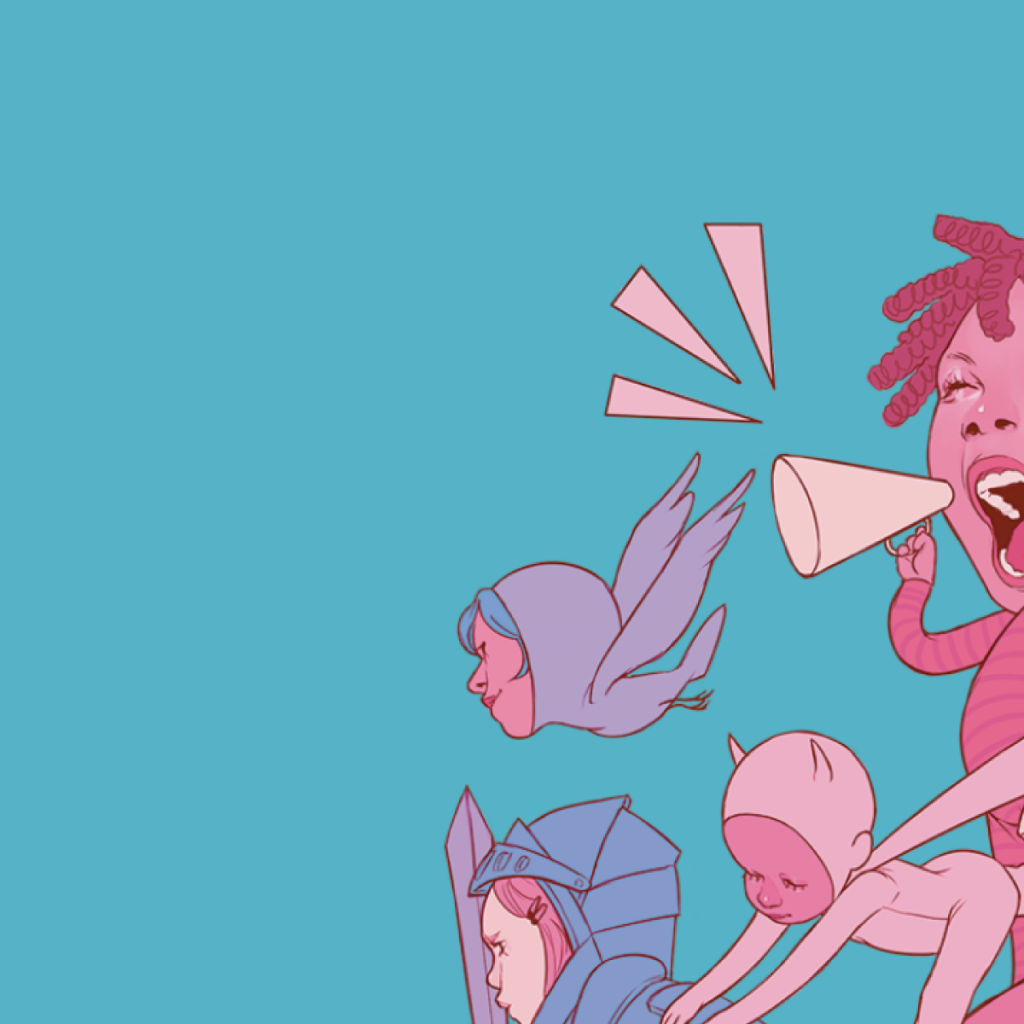