Claire Cao is a writer from Western Sydney. She is the film editor for The Big Issue, the 2022 New Critic for Kill Your Darlings and a screenwriter for Here Out West.

Children swarmed and multiplied in every corner, leaving greasy imprints on the floor, on the glass casings, on the enormous models of cockroaches and bacterium. The staff mostly let them be. They shifted from their posts slowly, with a rattling sigh, whenever one of the kids dawdled too close to the prized foreleg of a triceratops.

To Connie, a city became real through the fleshy sounds of bodies colliding, the presence of a keening wail. When we cashed in our university discounts and entered the dinosaur exhibit, she locked eyes with a toddler dressed in a yellow puffer. His hair was trimmed into a perfect bowl.

“I’m gonna steal him when his dad’s not looking,” she whispered to me.

Earlier, when I spotted the same kid licking a painting of a multi-tiered cake, I thought of mouths overrun with germs and turpentine. This sense of distance, that kernel of disgust, was something that had grown inside me, when I hadn’t been paying attention. The last time I visited this museum, I had experienced it the same way all kids do: full of wonder but no reverence, feeling my way along with my hands, tongue and battered knees.

Now I felt like one of those horrible adult villains from A Series of Unfortunate Events. I was stewing over this when, on the wall next to me, a titanic shadow materialised above us, a wall-jangling shriek emanating from its body.

Yellow puffer kid and I reared back in sync. My wide eyes snapped to his. The T-Rex in front of us continued to snarl, snuffling for food in the tangle of prehistoric megafauna. For a moment, I forgot that it was all a projection. I grasped for Connie’s hand, filled with awkward shock.

In another room, there was a replica of a 1930s movie theatre. A cardboard cut-out of a moustachioed crescent moon stood vigil at the front door. We wandered into the small black cave and seated ourselves on the creaky wooden chairs, which were authentically uncomfortable.

A series of short black-and-white films flitted across the screen, each one silent, from right before the dawn of talkies. The first one was a stop-motion comedy, a sketch of a clown trying to escape a crop of live-action flies. It made us sink into our seats and giggle until Connie sat up abruptly, her face screwed up.

“All those flies are probably dead,” she hissed, “and they’re just moving their bodies around in each shot. Gross.”

The next film was early documentary footage, featuring a gaggle of children. They chased each other around in ill-fitting coats and frocks, grinning into the camera, the corners of their mouths stained with sauce and pastry. In one clip, the children massed on two ends of a seesaw. Several of them tumbled into the mud with each upward swing of the wooden plank.

Connie was smiling again, which made me smile.

A title card flickered to life on screen, telling us that the footage was of a real charity drive for a Melbourne orphanage decades ago. I thought about the dead flies, and how morbid the comedy became once we comprehended their death; then, I thought about these fossilised children, who somehow seemed as vital as the children yelling and clattering around outside the cinema.

The film that had recorded them was flecked with scratches and irregular splotches of sunlight. It felt handled, smudged by human touch. I was reminded of the old VHS tapes buried in our garage back home, etched with my first trips to the beach, to the Easter Show, to our grimy local Westfields.

Recently, I had tried to watch them, but the footage had been poorly kept—the audio eaten up by white noise, the images of lapping waves dissolving into static. Small children, small memories being slowly degraded by the press of time until, one day, they would vanish completely.

We watched a girl beam at us through the screen. Her baby-toothed grin felt unbearably fragile.

Connie and I checked out the Forest Gallery, a vast atrium packed with plant life. A thin waterfall bisected the corpus of green, the sound of falling water controlled, unobtrusive. Connie was posed against the railing, her back an elegant arc as she peered down into the blooming thickets.

I felt an abrupt desire to preserve this rare, still moment, and fished out my phone. But light flooded through the glass ceiling, blotting out her face in all the snapshots.

“Let’s go somewhere else,” I suggested, frowning at yet another flawed image.

Before this trip, Connie and I had never travelled together, and this version of her was new: someone leisurely and exploratory, divorced from the usual context of poring over textbooks at the university library, or rambling midnight texts.

At a vintage clothing stall, she helped me shrug into an oversized blazer, a remnant of the 80s with a grand, angular silhouette.

“You look like your mum,” she said, before scoffing at my offended expression. “Oh, don’t make that face. Imagine if your future kid was compared to you, and they looked like they wanted to throw up!”

“That’s why I’ll never have kids. I’m ending the cycle of embarrassment.”

But glancing in the long mirror, I realised I enjoyed how the severe lines reminded me of the load-bearing set of mum’s shoulders. I liked that the planes of my cheekbones had shifted closer to her features. I no longer looked like a little girl playing dress-up.

I bought the blazer, leaving the stall with the sleeves edging slightly past my wrists.

Connie was explaining the merits of Sydney to our Melbourne friends, and I was thinking of home—how I missed the humid weather and the local sugarcane juice stall.

One of the friends with us, Charlie, had attended primary with me before he moved interstate for high school. Even though we had never spoken much in school, the reunion was marked by whooping and hugs, as if we had been the best of friends.

Charlie and I had absolutely nothing in common now, other than the fact we had been ushered into the same classrooms by the same exhausted teachers whose faces and voices were as faded as old film. And yet our conversation was easy—and it thrilled me to feel that old ease with someone I could barely relate to.

Then, he asked, with beer froth coating his upper lip: “So, where are you working these days?”

The mundanity of the question broke the spell. Connie noticed my frown and rolled her eyes.

“She writes short stories,” she answered.

“They pay less than the long ones,” I said.

“What do you write about?”

I thought about this question and realised that I always wrote about the same thing, circled around the same centre. “Kids, mostly. Stuff like you and Harry licking yoghurt off the pavement.”

A laugh shook Charlie’s shoulders. I wondered if it surprised him that something he did when he was six was worthy of anyone’s attention.

“Bro, you’re exposing us!” he said. “Now I wish me and Harry did something epic while we were at school, so you’d have material for something longer. You could’ve been rich as.”

Later, when Connie and I attempted to outpace the steady drizzle of rain and hail a tram, I wondered why I retreated to those years, to these early, unformed versions of myself.

Back then, when Charlie and Harry and I stuffed canteen food into the nooks of trees, we didn’t fear disease or death or pratfalling against gravel. Everything around us was temporary and yet, seemingly endless. One day we would grow up: maybe we’d be close friends, or maybe we’d be grabbing one-off drinks in a pub, reunited after a long time apart.

But, for now, this was everything: Charlie and I swinging wildly on our plastic chairs, untethered by gravity. Connie and I sprinting across the damp pavement, trying not to trip, our chatter drowned out by the baying wind.

I spent the last night in the Airbnb sprawled on the couch, scrolling through another Wikipedia spiral, while Connie blow-dried her hair. More details about Connie, committed to memory: the wet black flyaways glued to her face, the quiet, anxious humming of a Caroline Polachek song.

I turned my phone towards her and showed her the article I was reading.

“Did you know that people shit themselves when they give birth?” I asked. “Like, it’s a common thing that happens.”

“Well, you’ve never Googled ‘what’s it like to give birth’ then,” Connie said.

Her smile faltered when I didn’t respond. It both annoyed and awed me sometimes, being so known by someone. “Do you seriously never think about having children?” she asked.

“I do sometimes,” I admit. “But in my fantasies, they’re always, like, already five or six. The hardest parts are already over, and I’m just brushing their hair, forcing them to watch Fright Night.”

“Will you resent your kid if they don’t like stupid vampire movies?”

“I don’t resent you for calling my favourite movie stupid, do I?”

I put on Interview with the Vampire, just to hear Connie groan.

In the film, 10-year-old Kirsten Dunst plays a vampire called Claudia, who is stuck in a child’s body—even as she psychologically ages. Although she develops adult tastes and desires, and a cavernous feeling of existential emptiness, she lives in this perpetual knot of contradiction. Trapped by her dependence on her carers and her insatiable, impulsive hunger for blood and affection.

On screen, Claudia contemplated being forever frozen; but in this room, mortal life felt liquid and brief. We kept the movie running, even when we stopped being immersed, turning our bodies towards each other instead. We gossiped about people back home—we knew everything they were up to because of the internet—and went over the same forking, conjoined branches of friends and aunts and oddball uni peers. I paid her attention, taking in the beads of water dampening her baggy T-shirt, that familiar girlish laugh. I wondered, for a moment, what she was like as a kid. 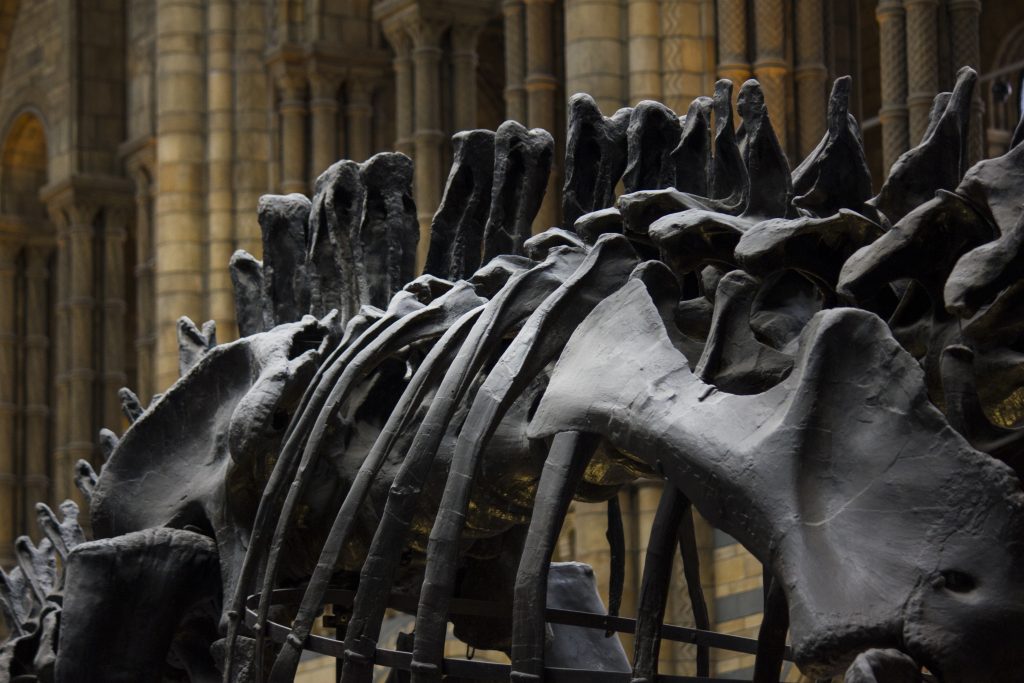